After an investigation, Pop Warner has determined that a man affiliated with a youth football team from Colorado did not shout racial slurs directed at opposing coaches and parents from a Connecticut team at a December tournament in Florida.

However, the coach has been suspended for a year due to his use of “profanity and acting in a manner that reflects negatively on Pop Warner.”

Footballs rest on the sideline before the game between the Buffalo Bills and the Jacksonville Jaguars on November 27, 2016, at New Era Field in Orchard Park, New York.
(Brett Carlsen/Getty Images)

The investigation occurred in late December after a video surfaced of a man affiliated with one of the teams targeted coaches and parents from an opposing team with what were reported as racial slurs.

Pop Warner’s investigation determined that the coach did not use racist language, instead using the phrase “f—— midgets” – a derogatory term used to describe little people – when referring to his own team.

“On December 28, 2022, a review committee of three independent regional vice directors from Pop Warner conducted a hearing to review allegations against an assistant coach from Colorado accused of using racial slurs in a verbal altercation with coaches and parents from Connecticut,” Pop Warner said in an official statement sent to Fox News. “Upon review of the video and listening to audio of the conversation, it was discovered that no racist language had been used.

Players line up during the Dorchester Eagles Pop Warner football team practice in the Dorchester neighborhood of Boston, MA, on November 27, 2021. Coaches Tony Hurston and Terry Cousin have led the Eagles to a spot in the Pop Warner's annual Super Bowl Championships.
(Craig F. Walker/The Boston Globe via Getty Images)

“The coach did not use the “N” word, as had been alleged. The review found that the coach said the other team would have been beat by “a bunch of ‘f***ing midgets’” had the game been officiated differently. He used the word “midgets” to describe his own undersized team. The panel found that the coach did violate Pop Warner rule S10 and S20 by using profanity and acting in a manner that reflects negatively on Pop Warner, and issued a one-year suspension, effective January 1, 2023.

The video was taken after the Division II, 12U quarterfinal match between the Hamden Hurricanes and Highlands Ranch Mountain Lions in early December.

In the video, obtained by TMZ Sports, a man can be heard shouting as members of the Hurricane staff attempt to walk away.

Pop Warner condemned the behavior in the video following its release.

“One thing is clear: the abhorrent conduct and language exhibited in this video are unacceptable. Our organization is committed to a safe, inclusive, and positive environment for all young people and their families. No one should ever encounter this kind of behavior. We will take all measures necessary to address the situation.” 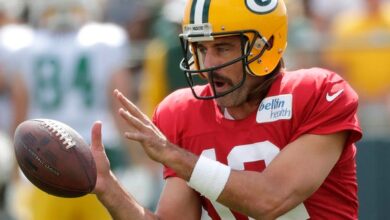 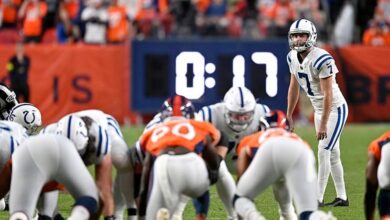