Such is the case, anyway, in France, where the appearances of President Emmanuel Macron and his finance minister, Bruno Le Maire, in suits with roll-neck sweaters rather than traditional button-up shirts and ties set off a debate over government paternalism, the new era of “energy sobriety” and just how intertwined image-making is with policymaking in the current environment.

It began two weeks ago when Mr. Le Maire told France Inter Radio that, in acknowledgment of regulations that capped office heating in line with the government’s goal to reduce national energy consumption 10 percent by 2024, “you will no longer see me with a tie but with a turtleneck” because, you know, it keeps you warmer.

To underscore the message, Mr. Le Maire then posted a photo of himself on Twitter behind a desk in just such a dark turtleneck, and later another snap on Instagram in a dove gray number. To be fair, he wasn’t actually suggesting everyone follow suit, but it was taken that way.

Especially because Mr. Macron seemed to jump on board, appearing in a video address in a black turtleneck under his trademark blue suit, a look he also wore for his meeting with Germany’s chancellor, Olaf Scholz. Later, he posted a video on Instagram wearing a gray turtleneck under a matching gray suit.

Since then the fashion choice has garnered some plaudits but has been more widely mocked, with Marine Le Pen, the opposition leader, seizing on it almost immediately. “Don’t have enough heating? Let them wear cashmere,” she wrote on Twitter, calling Mr. Le Maire “Marie-Antoinette Le Maire.” The economist Thomas Porcher told France Inter Radio, “I don’t expect an economy minister for the sixth or seventh economy in the world to tell me to put a polo-neck on.”

It all came to a head this weekend when Mr. Le Maire posted a lengthy — almost 850 words — cri de coeur on Facebook that read more like a piece of political satire from The Onion than an official statement.

Alternately angry and self-defensive, it began, “Dear readers, forgive me for bothering you for a turtleneck” and ended with, “In a sweater, tie, swimsuit or suit, it doesn’t matter: I won’t give up on my ideas.” In the middle he refuted any claim that he had suggested the nation wear turtlenecks and decried the erosion of public discourse into a kerfuffle about sweaters.

But should he really have been so surprised?

Since Mr. Macron assumed office in 2017, the president has proved a canny and facile user of image as a shorthand communication device. He is, said Serge Carreira, a lecturer at the Sciences Po university, “a master in using symbols.”

It began during Mr. Macron’s first campaign for president, when he swapped his expensive bankers suit for more affordable styles by Janus et Cie and posed with his shirt sleeves rolled up. When it came time for his first official portrait in the Élysée, he was filmed by an aide painstakingly arranging items on his desk — books by Charles de Gaulle and Stendhal; a brass clock; a bronze rooster, the symbol of France — as background.

And most recently he made waves when he was caught during a campaign swing “off duty” and lounging on a sofa with his shirt partially unbuttoned to reveal quite a lot of chest hair. Mr. Carreira suggested that the move was calculated to change the impression that he was a leader removed from the realities of every day. (Given that it was an approved image, caught by the official photographer Soazig de la Moissonnière, it certainly seemed calculated for something.) Mr. Macron’s wife, Brigitte, has likewise proved sensitive to her own image-making and implicitly declared her allegiance to Louis Vuitton, appearing in clothing by the luxury power brand for many of her most high-profile public appearances.

Little wonder that a preponderance of turtlenecks seemed to be another strategic sartorial choice. Especially in a sector where the uniform of choice has remained the same for almost a century, and any deviation from the norm is a major statement.

And especially in France, where there is a long and proud tradition of men in turtlenecks that has nothing to do with either warmth or austerity. Rather, it is rooted in the history of Left Bank intellectuals and existentialism, in Samuel Beckett during his time in Paris and Michel Foucault, a proud turtleneck champion who even wore the garment to debate Noam Chomsky in 1971. More recently, it has been a favorite look of the luxury tycoons, especially the Arnault family, owners of LVMH (who are also, as it happens, close to the Macrons).

That doesn’t necessarily scream “energy conscious!” to the viewing public. It might even scream elitism.

Besides, this was not, as it happens, the first time Mr. Macron has worn a turtleneck. A few years ago he appeared in a turtleneck and jacket during a meeting with Charles Michel, president of the e European Council, a dress decision that even then sent the watching world into a frenzy of speculation about why and should have served as a precedent as to the triggering effect of the turtleneck.

Now the question is what Mr. Macron and Co. do next.

Already he seems to be retreating from the commitment, hosting the inaugural meeting of the 44-nation European Political Community in his usual white shirt and tie. Mr. Le Maire likewise appears to have backtracked to the old uniform.

It may be a mistake, because if there’s one thing the most successful pivot in male political dress of the year should have taught everyone, it is that consistency (and consistency without speechifying about it) is the most effective approach to image-making.

That is, of course, the case with President Volodymyr Zelensky’s decision to trade his suit and tie for olive green military dress for the duration of the war in Ukraine, a choice that has sent a powerful message about his solidarity with the men and women fighting for the nation.

Namely, it is not just women in politics who have to think about what they wear these days — and whose choice of clothing can be weaponized both for and against them. Indeed, women in office actually may have more freedom when it comes to dress than men, since they have more options and hence a change in their appearance causes less controversy.

It’s almost enough to warm the heart, when you think about it. 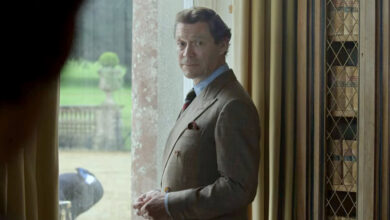 Suits So Good They Make a Case for Monarchy 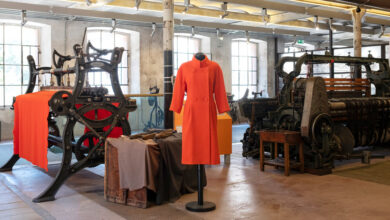 Can an Iconic Italian Wool Survive a Changing Economy? 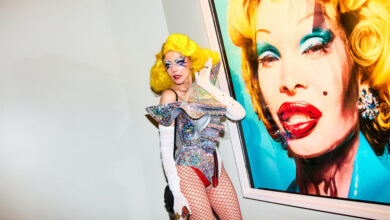 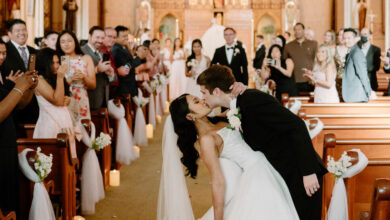