As is often the case in New York, housing crises can lead to life-altering changes in direction. For Matei Varga, 41, being kicked out of an apartment led to an unexpected romance with Melissa Gibbs, 84.

In late 2005, Mr. Varga was a candidate for a master’s degree in piano performance at Mannes College: the New School for Music in Manhattan, which is now known as the Mannes School of Music. He had a stable living arrangement on the Upper East Side with a friend who was out of town most of the time. But when the building’s management found out Mr. Varga had essentially moved in with no changes to the lease, he was told to leave post haste, and began to couch surf among various friends around Manhattan as he completed his degree.

After two months of living “out of a suitcase,” as he put it, Mr. Varga, a Romanian-born concert pianist, recording artist, and the artistic director of the Vendome Prize piano competition, landed on Ms. Gibbs’s doorstep on a bright, cold day in early February 2006.

“I have a big West Side apartment,” said Ms. Gibbs, who goes by Missi. She had been inviting people to stay with her “for short or long periods” after her two children from her previous marriage, which ended in divorce, had moved out.

Those who stayed with her were “sometimes musicians, sometimes children of friends,” she added. “I had heard from a friend that Matei was looking for a place to stay.”

Her first impression of Mr. Varga: “A very nice Romanian student.” But the final word on whether Mr. Varga could stay at her place went to another member of Ms. Gibbs’s household.

“I had then as I have now cats,” she said. “One of the cats, whose name was Ms. Pepper, was not the most friendly. But when she came over and sat on his lap, I asked him when he was going to bring his suitcase.”

“I probably expected that I might survive in the apartment until the end of that school year,” Mr. Varga said. “I certainly didn’t realize what a big turn that would be in my life,” he added of moving in with Ms. Gibbs.

As time went on, they found they had a lot in common, including a love for attending cultural events around the city three or four nights a week before the pandemic.

By 2010, they had become a couple, walking arm in arm or holding hands while strolling in Manhattan.

“People would look at us kindly, and they would tell me, ‘Oh, you are so sweet to your mother,’” Mr. Varga said. The assumption made him bristle, he said, so he adopted what became a regular retort. “I was very quick at saying, ‘No, no, she’s not my mother, she’s my wife.”

“We were not married then, but I just really liked to see their reaction,” he added. “Yes, it’s shocking. It’s a very big age difference. But you know, it doesn’t feel big when we’re together. When we do the things we love doing, and when we support one another in the way we do.”

“It didn’t seem necessary because we had this wonderful relationship and it just seemed complete,” she said.

Last July, he popped the question again while the two were visiting Romania.

“He had just finished a concert,” Ms. Gibbs said. “We were walking home through an absolutely gorgeous, lovely town of Sibiu, and I said to myself, ‘I think it’s time.’”

On Aug. 26, the couple were married at the Episcopal Church of the Transfiguration, in Manhattan. The Rev. Peter R. Carey, an Episcopal priest and a longtime friend of Ms. Gibbs, officiated at the ceremony, which was also led by the Rev. John David van Dooren, the church’s rector.

Reflecting on their relationship’s unexpected trajectory from roommates to concert companions, to boyfriend and girlfriend, to husband and wife, Mr. Varga said that “it’s been evolving from the beginning.”

He added: “And it’s still happening.” 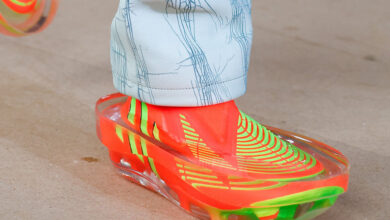 A Sneaker With a Built-In Puddle

I’m Worried About a Fancy Cat in This Frigid Weather. Help! 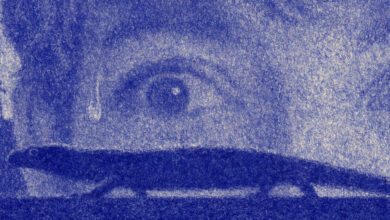 Sweating Through a Honeymoon in Paradise