These are the essential elements that seem to drive much of the plot on HBO’s “House of the Dragon.” Even if you haven’t watched the first season of the “Game of Thrones” spinoff, which comes to its conclusion this weekend, you may have found yourself scrolling past images of the dazzling buffet of distinctive, incestuous, white-blond characters that populate the show.

For the uninitiated: “House of the Dragon” centers on the Targaryens, a noble dragon-riding family, 172 years before the birth of “Game of Thrones” heroine, Daenerys Targaryen, played by Emilia Clarke. Daenerys, known as “Mother of Dragons,” was the white-haired blueprint for this season’s blonds (let’s call her “Mother of Blonds”). In the first book of the series on which “Game of Thrones” is based, the author, George R.R. Martin described the Targaryens as possessing a “striking (some say inhuman) beauty, with lilac or indigo or violet eyes and hair of silver-gold or platinum white.”

Now, with an entire show full of Targaryens, this particular shade of “Targaryen blond” may be taking on a life beyond the Seven Kingdoms. This month, Megan Fox debuted a “Targaryen” blond look on Instagram, trading in her usual brunette for icy blond, sparking headlines in the process. On TikTok, some fans have been reaching for the bleach, citing a Targaryen-inspired urge to go platinum blond, while thousands of others flirt with the look via a user-made filter.

In the context of the show, “Hair plays a massive role,” said Rosalia Culora, the co-hair designer on “House of the Dragon.” From the very beginning of the franchise, hair has acted as an important “giveaway,” she said.

Indeed, fans use hair as a visual signifier — a map to the family ancestry at the core of the show’s central tension. On Reddit, people dissect the meaning of characters’ hair colors and spin theories based on the exact shades.

So in a world where hair is more than just hair, what exactly is Targaryen blond? For one thing, the actors wear wigs.

“It isn’t just one color. There’s multiple strands of colors within that wig,” Ms. Culora said. She said there was a complex process undertaken by the show’s lead hair stylist, Kevin Alexander, the hair team and the wigmaker, Alex Rouse, to make the hair look as natural as possible while battling the unforgiving shade of white.

The fandom itself is divided over the quality of the wigs. On Twitter and elsewhere, there have been mixed feelings over the silver dreadlock wigs of the Velaryon family, who are played by Black actors. Some fans have criticized the Targaryen wigs as well, while others enjoy them (or are largely indifferent).

While Ms. Culora doesn’t follow the hair commentary online, she said, “If people are talking about it and trying to recreate the looks, that’s lovely. That means that we’ve influenced and we’ve inspired.”

‘Having this color is almost a part-time job.’

“It’s as virgin blond as you can possibly get,” said Jenna Perry, the celebrity colorist and founder of Jenna Perry Hair studio. If she were to name the Targaryen blond, she would call it “winter white.”

Ms. Perry has transformed the hair of many famous heads, including Bella Hadid and Jennifer Lawrence. At her Manhattan salon, her team of colorists have noticed an uptick in men asking for Targaryen-inspired blond in the past month. She christened it an “evolving trend.” But, she said, the look will cost you.

“Having this color is almost a part-time job,” Ms. Perry said, adding that the color is a “status symbol.” Depending on factors such as colorist, hair length and previous color, she said that an initial appointment to go this blond could cost around $2,000 and take more than eight hours. Subsequent appointments to touch up roots, vital to maintaining the natural illusion, could cost in the hundreds.

Lady Gaga’s hairstylist Frederic Aspiras, who was nominated for an Academy Award for his work on “House of Gucci,” wrote in an email that he would call the Targaryen color “super ice blond.” He added, “More people are now achieving this color on wigs or extensions as it makes the process of achieving the overall blond easier and less damaging.”

He wrote that to go for this color is to make a “commitment to a glamour lifestyle.”

For Guido Palau, Targaryen blond elicits a wealth of visual references: The 1960 science fiction horror film “Village of the Damned,” Marilyn Monroe, Hitchcockian blondes like Kim Novak, and an overall blend of the historic, futuristic and otherworldly.

Mr. Palau said that he has referenced the style of “Game of Thrones” in his work. In a phone interview, he said he would call the Targaryen shade a “Nordic blond,” with a “mythical or mystical kind of feeling.” He said there’s a “childlike” and “cultish” element to it, adding, “When the hair is that light, it feels a little unreal.”

“I’ve done it on many models before,” Mr. Palau said, but he stressed it is “high-maintenance” and can be “damaging to the hair.”

“If you do have the desire to do that, I wouldn’t say don’t do it, but realize it’s a huge commitment and can often damage your hair because you’re stripping the hair out of all natural color.”

Danilo Dixon, who has kept Gwen Stefani’s hair perfectly platinum for more than 20 years, wrote in an email that he would call the Targaryen shade “glacial blond.”

“I think it’s an iconic blond shade,” Mr. Dixon added, noting that the shade was worn by actresses in the 1940s and ’50s. “It is having a new moment with a younger group. It is being reinterpreted. The noble blondes have been in our story books for a long time.”

Fantasy hair in the real world

“I’m not weird, I promise. But I am a definitely fan,” Kyleigh Cameron said.

Ms. Cameron, a 26-year-old sales director in Charlotte, N.C., is one of a number of “Game of Thrones” fans who have dyed their hair Targaryen blond, lightening it to the hyper-recognizable white-blond shade. Bleached so light, her hair appears almost like a glow-in-the-dark halo in her TikTok videos. She lightened her hair at a salon, over the course of many months.

“At first, when I finally got it to the white that I wanted, it was a little shocking,” she said. But she is happy with the results.

“Not that I think I’m a Targaryen or anything like that, but it’s definitely fun when you’re able to bring something from your favorite TV show, almost like a universe — because that’s exactly what it is — and you’re able to kind of emulate it a little bit in real life,” Ms. Cameron said. “There’s a little bit of power in that.”

Lisa Opie, a 31-year-old influencer in Miami, also said the Targaryen hair inspired her to go platinum blond this month. Her love affair with the blond traces back to the original show, when she said she would wear platinum blond wigs in the style of Daenerys. Wigs are a “good budget-conscious way to rock that look,” without the commitment or risk of damage, she said.

But the appearance of gray hairs, which were hard to hide with her previous dark hair, influenced her decision to finally commit to Targaryen blond.

“The bleach definitely burned my scalp, like it was really painful and I think that’s something people don’t talk about,” Ms. Opie said. “But I really love my hair and I definitely don’t regret it at all. So, pray for me while I maintain my hair and clean out my bank account.” 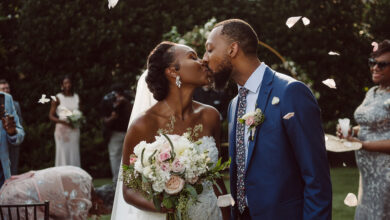 The Feelings Were There, Even When Words Were Not 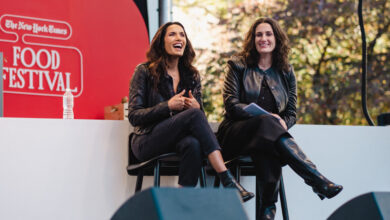 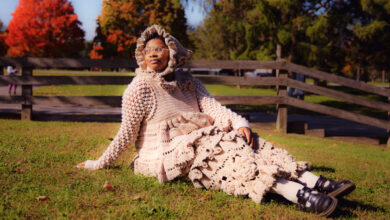