When Papa Johns debuts a menu item that evokes the top of one of its pizzas, scraped into a tray and presented as a meal, is it time to rethink our embrace of bowl culture? Have bowl meals — the food fad we’ve come to know and love (or know and hate) — finally reached peak saturation?

The pizza chain’s new “Papa Bowls,” available across the United States and Canada as of last week, come in three varieties — Italian Meats Trio, Chicken Alfredo and Garden Veggie — with the option for customers to build their own bowl with different ingredients. There’s no pizza crust to be found; it’s just a square bowl (more like a small, baking tray), protected in a pizza box and insulated sleeve, and filled with an oily mélange of sauces, cheese, vegetables and meats. All for less than $10.

This shocking new addition to the canon notwithstanding, bowl meals are everywhere, and have been for years. Restaurants like Chipotle helped popularize the burrito bowl more than a decade ago. Poke bowls, a Hawaiian dish combining raw fish, sauces, vegetables and grains, are served across the country. And these days, it’s perfectly acceptable to eat smoothies out of a bowl instead of slurping them through a straw.

Trendy fast-casual restaurants like Sweetgreen, Cava, Just Salad, Dig and Chopt have long since taken major cities by storm, and fast-food restaurants like KFC, Subway, Marco’s Pizza — even Dunkin, for a while — have introduced bowls of their own in recent years.

“A lot of these bowls are things we’ve been eating in other forms, but for whatever reason, putting them in a bowl and having this big portion in front of us has made it more fun and enjoyable to eat,” said Shara Seigel, who works in Brooklyn but mostly makes bowls at her home in Manhattan because they can be pricey at restaurants.

Reasons for the appeal are obvious. Bowl meals don’t require multiple utensils. They’re often served in one container, so there’s less stuff to carry back to your desk and less waste. And enjoying a meal this way has cultural ties to many ethnicities around the world.

In her 2019 essay collection, “Trick Mirror,” Jia Tolentino wrote that Sweetgreen felt “less like a place to eat and more like a refueling station.” In 2015, Matt Buchanan wrote in The Awl that chopped salads and grain bowls allow one to free their “hand and eyes from the task of consuming nutrients, so that precious attention can be directed toward a small screen.”

Ms. Seigel acknowledged that, for her, the options can sometimes be unhealthy and overwhelming, referring to it as “decision paralysis,” which results in a D.I.Y. bowl that doesn’t always taste good.

“Sometimes you can have a total fail where you do not make a good decision,” she said. “You end up just, like, eating more than you normally would in a serving because you have this option to add 10 different combinations to your bowl.”

On Thursday in Midtown Manhattan, people were already darting in and out of a Sweetgreen around noon, bowls in hand. It was a similar scene at the Cava across the street, with lines at both locations nearly snaking out the door.

Blake Yodlowski, a 25-year-old sales representative who lives on the Lower East Side, was sitting at an outdoor table, eating a bowl from Cava with one hand and scrolling through his phone with the other. He said that among his friends he was known as “the toppings king” and “the sauce boss,” so bowl meals are very appealing.

“If I don’t bring food to work, I go to Cava, like, once or twice a week,” he said as he ate a sauced-up bowl filled with chicken, brown rice and arugula.

After ezCater, a catering service for businesses, reported an increased demand for bowls, the company added a “bowls” category under its searchable cuisine options to make it easier for clients to find restaurants with bowls on their menus.

“The proportion of orders containing bowls on our platform has increased by almost 20 percent so far this year, and it’s not showing any sign of slowing down,” Giliah Librach, the company’s director of partner operations, said in a statement.

Lilly Jan, an expert in food trends and food management and a lecturer at Cornell University, said these type of meals weren’t going away anytime soon, which may be why Papa Johns unveiled its Papa Bowls. She pointed to the rise in interest in unfamiliar and international cuisines, as well as meal-prep trends, to explain the durable appeal of bowl meals.

“It’s a very easy way to try something different and challenge yourself a little bit with a low entry point,” Dr. Jan said in a phone interview. “It’s rice, there’s veg, there’s some protein, and the protein has a sauce, or there’s some kind of seaweed furikake topping.”

“That’s not that alienating for people,” she said.

Erin Alvarez, a 31-year-old who lives in Pittsburgh and whose food blog, The Almond Eater, includes several bowl recipes, said she enjoyed bowl meals because you don’t always need a recipe to make one.

On Aug. 22, the day Papa Johns bowls went on sale, the company said in a statement that it knows that “sometimes customers crave something different,” beyond its “signature crust.” (Papa Johns has recently tried to improve its reputation after a series of controversies, including the revelation that its founder used a racial slur about Black people.)

Some people online — especially those on low-carb diets — were intrigued by the new, dough-free offering. (In the first week of availability, a Papa Johns location in Brooklyn reported that it sold about 10 bowls a day.) Still, many users responded with mockery and bewilderment, causing it to become a trending topic on Twitter.

“The backlash they received is unfortunate, but it’s not really kind of surprising,” Dr. Jan said. “And for some brands, it might also be a thing of ‘all press is good press,’ and so maybe people will try it and find out more.”

Michael Smith, 33, a data analyst and pizza lover in Austin, Texas, gave the bowl a shot because he eats at restaurants like Papa Johns, Pizza Hut and Dominos “very frequently.”

“I enjoy being able to pick the extra pieces of stuff from the pizza and just eat the toppings by themselves,” he said in a phone interview, adding that it tasted fine. 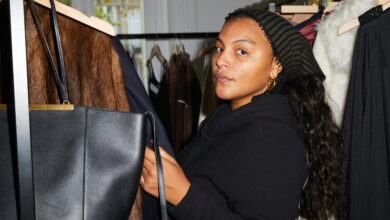 There’s (Still) Something About Phoebe 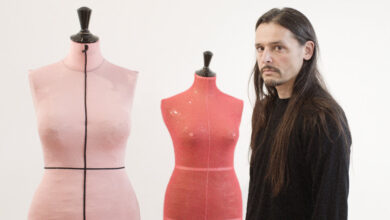 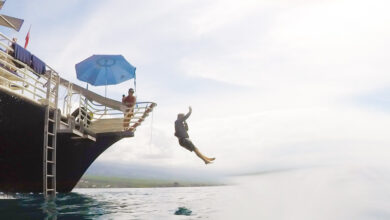 The Year in Micro News