Nobody is grinding up porcelain dishes into a fine powder and snorting it like cocaine. I repeat, nobody — not the kids in your seventh-grade classroom, your teenage children or the most-popular Gen Z TikToker.

Good, that’s settled. What people are doing is pretending to grind up porcelain dishes into a fine powder and snort it as a social commentary on the internet’s challenge economy. Like most things online, internet challenges are about attention. Internet stunts would really be a better and more accurate name, as these challenges typically boil down to people doing grabby, often dangerous performances for clout and followers.

Back in the summer of 2021, some people dramatically climbed up stacks of plastic milk crates while participating in the Milk Crate Challenge. (Challenge names are often very literal.) In 2016, there was the Duct Tape Challenge, which involved taping oneself tightly to a chair and trying to escape like a low-budget Harry Houdini. The Ice Bucket Challenge of 2014, a fund-raiser for A.L.S. research, is perhaps the most memorable of the bunch. Notable, too, given the stunt — filming dumping a bucket of ice-cold water on yourself and calling on friends to do the same and donate money in tandem — actually had tangible results and raised millions of dollars.

But back to snorting pulverized dishes. Sebastian Durfee, an internet comedian and TikTok creator with over 150,000 followers, invented the so-called Porcelain Challenge to make fun of the way challenges spread across social media and spread fear in the hearts of those who should know better than to blindly trust the internet. The fictitious challenge ultimately appeared to get his account, @childprogeny, removed from TikTok but not before his hashtag #PorcelainChallenge got millions of views.

Mr. Durfee, in a phone interview with The Times, said he wanted the challenge to be “intentionally absurd, meant to be scary on some level, but easily debunked with any small amount of critical thinking.”

“It was also a sort of social experiment to see how fake news can spread, even if, or perhaps especially if, it makes no pretense about being true,” Mr. Durfee, 23, said. He maintains that he did not intend to mislead anyone with the videos. “In the very first video, if I can recall correctly, it started off with ‘Do you guys want to make up a fake challenge and freak out the boomers?’”

He no longer has access to this account and has not been contacted by TikTok. Instead, Mr. Durfee is now posting videos on the platform using an alternate account where he has a significantly smaller audience of just over 4,000 followers. His most recent TikTok video is a dramatized satire disclaimer.

His inspiration came from the Food and Drug Administration. Last month, the F.D.A. released a statement titled, “A Recipe for Danger: Social Media Challenges Involving Medicines.” In the release, it warned of a dangerous trend supposedly circulating online: NyQuil chicken. The rumored recipe basically boiled down to, well, boiling chicken in cold medicine. (It should go without saying, but this is not an endorsement. Do not cook chicken in cold medicine.)

Before the F.D.A. drew attention to it, NyQuil chicken was an internet in-joke better known as sleepytime chicken. TikTok recorded just five searches for it on the app the day before the F.D.A. statement, BuzzFeed News reported. A week later, that number had shot up to 7,000.

For every person who really did bust their face falling off a stack of milk crates, there’s another challenge out there that is almost entirely bogus. Or, at least, a challenge that started out that way. In 2018, the Tide Pod Challenge — people eating laundry detergent pods — started off much the same as NyQuil chicken, as an internet gag. (The orange and blue swirls of a Tide pod are thought by some to resemble a confection.)

Attention on social media appeared to inspire some people to actually eat the pods, which are not fit for human consumption. In the first two weeks of January, when the challenge started getting recognition, The Times reported that poison control centers recorded 39 cases of teenagers ingesting Tide pods. That was the same number reported for all of 2016 per the American Association of Poison Control Centers.

That’s the attention economy for you, though. And speaking of attention, the 23-year-old YouTuber Dream garnered his fair share of it this week when he finally revealed his face to his many, many followers. Dream is a Minecraft streamer and content creator with more than 30 million subscribers on YouTube.

There are plenty of things to know about Dream. He started streaming regularly in 2019. He got caught cheating to set speedrun records — Minecraft players will sometimes compete against each other to see who can finish the game fastest — in 2020. (He still maintains this was an accident.) The most notable thing about Dream, however, is that he never showed his face online. Instead, he always appeared wearing the same taupe-colored smiley face mask, a perpetual plastic smirk plastered over his visage.

This all changed on Oct. 2 when Dream, after teasing the event online in the preceding days, revealed his face in a YouTube video titled, “hi, I’m Dream.” It has been watched over 35 million times.

Reactions to the reveal were mixed. Though if you’ve spent much time on the internet you probably could have predicted how this would go. Some people mocked Dream’s face while others lusted after it. Dream — who said in the video that his real name is Clay — has not tweeted or posted a new YouTube video since his reveal.

Meanwhile, Bethenny Frankel, a former star of Bravo’s “The Real Housewives of New York” turned diet cocktail entrepreneur turned philanthropist, is less enthused about some online attention. Ms. Frankel, who also has grown a following on TikTok, is now suing the platform over a cardigan. More technically she is suing over the alleged use of her “image and likeness” in advertisements for a counterfeit garment. A video of Ms. Frankel endorsing a pricey sweater was ripped and reused by a different company to make it appear as though she was enthusiastically recommending a much cheaper cardigan.

“It came to my attention that TikTok was disseminating videos using my proprietary content without my consent to sell merchandise with which I have no affiliation,” Ms. Frankel said in a statement provided to The Times by her lawyer. “I’ve discovered that this is a widespread issue affecting creators of all sizes across the space. It’s unacceptable, and I want to be a voice for change and use my platform to create a shift in the industry.”

Moral of the story, whether it’s knitwear or porcelain: You really can’t believe everything you see online.

Madison Malone Kircher is a reporter for The Times. She writes about the internet for the Styles desk. @4evrmalone 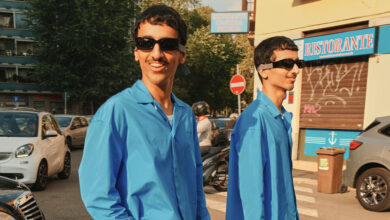 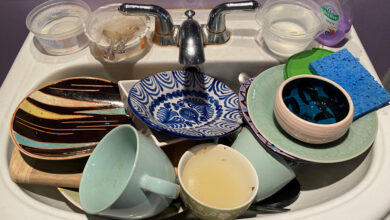 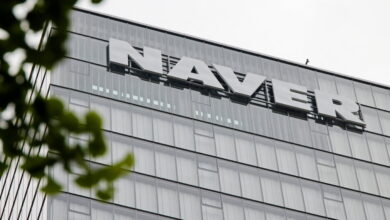 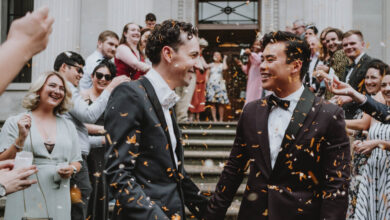 An Invitation to Dinner Through Interoffice Mail