The artistic director of Hermès, Pierre-Alexis Dumas, stood on the fourth floor of the French luxury house’s new flagship store a few weeks before its official opening, speaking in hushed tones to his assistant, who was crouched over a large painting by Antoine Carbonne, delicately rubbing its edge with a cloth. Mr. Dumas had personally curated all of the artworks hanging on the store’s walls, some pulled from the company archives, others more recent acquisitions, all intended to tell the story of Hermès.

But with this painting, there was a problem.

“I did not realize the huge signature — it’s really absurd,” Mr. Dumas, 56, said, referring to the way Mr. Carbonne had written his name across the side of the painting. Mr. Dumas’s assistant was gently removing the signature’s bright white paint. “We subdue it,” Mr. Dumas said. “He agreed we could gently make it less.”

The four floors of the store — or maison, as those in the Hermès universe prefer to call a flagship, located at Madison Avenue and 63rd Street — were haphazardly covered with stacks of the brand’s signature orange boxes, many still wrapped in plastic. Staff members were busy helping to unpack the array of merchandise — perfumes, wallets, lipsticks, bracelets, dog collars, belts, ties, scarves and more — that had just arrived from France and elsewhere. Special items had been made exclusively for this location, including several Kelly bags and a wooden bicycle with 706 Madison, the store’s address, painted across its frame. Eighty-five Hermès family members and 150 employees were expected to fly in for the ribbon cutting. A Broadway-style musical called “Love Around the Block” had been commissioned for the opening-night party.

Mr. Dumas, wearing navy slacks, sweater and blazer with leather pockets, has been with his family’s storied company for 30 years, having overseen its rapid expansion in recent decades with categories such as beauty and travel. In 2006, he became artistic director, replacing his father, Jean-Louis Dumas, who had run both the creative and business sides of the company for 28 years and who had first transformed the Parisian heritage brand into a more internationally minded company. When Pierre-Alexis started, he said, there were about 2,000 employees. As of the beginning of this year, there were 18,428. His cousin, Axel Dumas, became Hermès’s chief executive in 2013, succeeding Patrick Thomas, the businessman who was C.E.O. from 2003 to 2014. Both Pierre-Alexis and Axel are descendants of Thierry Hermès, the harness and saddle maker who founded the company in 1837.

Each year, in a custom that began with Mr. Dumas’s father, Hermès announces a theme, which designers in various departments (women’s wear, men’s wear, silks, fragrance and so on) interpret as they wish. “Lightness” was the company’s theme for 2022. Past themes have included “Innovation in the Making,” “In Pursuit of Hermès Dreams” and “Let’s Play!”

Mr. Dumas, who selects each theme two years in advance, said his method in choosing it was “not to think.” He prefers to rely on his intuition to guide him.

Mr. Dumas is an early riser, and his mornings are sacred. He enjoys walking, either the 45 minutes to his Paris office, or on the seaside in Normandy, where he has a second home. “When you walk, your brain takes in more oxygen,” he said. He may jot down just a word once a day. If an idea for a theme feels right, Mr. Dumas often takes it to the in-house philosopher, Adrien Barrot (“I told him, ‘Your job is to sit in that chair and read books.’”) and other members of his inner circle, and they discuss its potential.

Though an Hermès flagship, now closed, had already existed just a block away, this one — eight and a half years in the making — is not just bigger and better at 45,000 square feet, but also softer and more varied.

“Texture and material are coming back,” Mr. Dumas said, running his fingers down the custom jacquard wall fabric in the women’s jewelry section. “After years of conceptual art where it was all about ideas and not about material, suddenly everybody’s rediscovering material and craft.” Indeed, for a brand that prides itself on its meticulous artisanship, no detail here was overlooked, from the inlaid terrazzo floors to the grand limestone staircase to the rooftop garden filled only with native New England plants and designed by the landscape architect Miranda Brooks, to the white Birkin bag with tiny hand-sewn windows made to resemble Hermès’s original Paris flagship, at 24 Rue du Faubourg, on a snowy day.

“We don’t work against nature,” Mr. Dumas said, elaborating on what he believes drives the roughly 200 creative types in his employ. “We work with the nature of materials. And it’s a golden rule. I have three golden rules.”

He paused, prompting his interlocutor to ask what the other two were.

“Golden rule No. 2: We make objects that have a purpose,” he said, adding, in reference to his great-great-great grandfather’s roots in designing equestrian accessories: “Function is sacred. We say, ‘May the horse be happy.’”

He continued: “The third is to have genuine empathy. Don’t underestimate what an object or what architecture will do to your mind, to your sensations, to your nervous system. We are transformed by the lift we use, by the staircase we use, by the bicycle we use. That is sacred and needs to be talked about and upon. It’s the human body.”

On the night of the opening, hundreds of guests, including Martha Stewart, Tory Burch and Nicky Rothschild, toured the new store. Cocktails, wine and champagne were served without pause. Sixty-third Street on either side of Madison Avenue had been shut down, as had the neighboring restaurants, but several food trucks were on hand, offering a vast assortment of dinner options: tacos, Junior’s cheesecake, pies, pretzels, Kobe-beef burgers, hot dogs, fries, dumplings and falafel. Guests had arrived decked out in their finest pieces of Hermès. The three-part musical was followed by a D.J. and dancing at the now-former flagship, which had been transformed into an orange-hued speakeasy.

“I have never seen so many Birkins in proximity to so much falafel,” said the London-based interior designer Charlotte Rey, a guest who had been flown in for the extravaganza.

That morning, before the festivities, Mr. Dumas had been sitting in a small side room on the flagship’s home floor, where binders of fabric swatches had been meticulously lined up on a wooden bookshelf. An artwork depicting horses was hanging on the adjoining wall. A perfect-looking moth orchid sat on the coffee table. The finishing touches had been added to the store.

He explained the etymology of the word “desire.” “It was the wish to see the distant star that will guide you through the night,” he said. “What it means for us today is that, more than ever, people wish to have objects bring meaning to their lives as opposed to instant gratification that leaves you somehow depressed once you have consumed.”

Opening a store in New York City was a bit “traumatic” for Hermès, Mr. Dumas had shared. His grandfather had done so in 1930 but had to shutter the location the following year because of the Great Depression. It wasn’t until 1983 that the brand attempted a freestanding location again. Though this year has been marred by global inflation and the fear of an impending recession, Hermès did not appear to have cold feet this time around.

Chloe Wise, a New York-based artist who attended the party, wondered: “Who has so much money to throw a party not during fashion week or Art Basel? This is insane!” 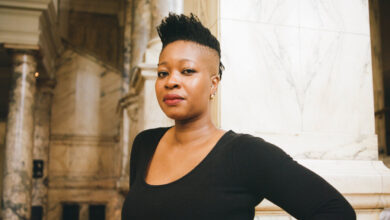 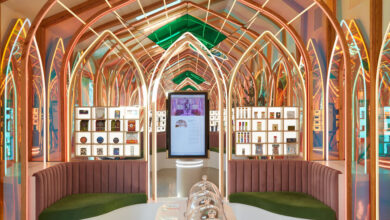 The Golden Age of Dispensary Interior Design Is Almost Here 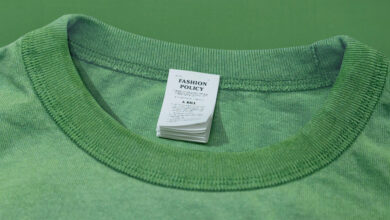 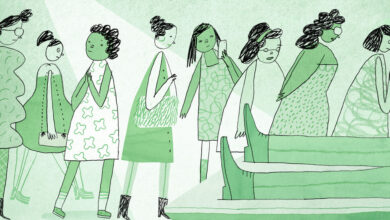